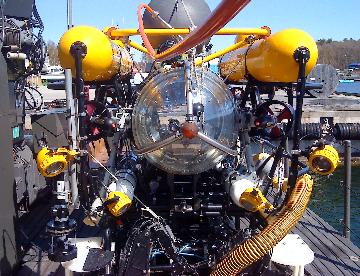 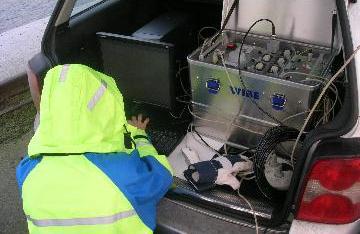 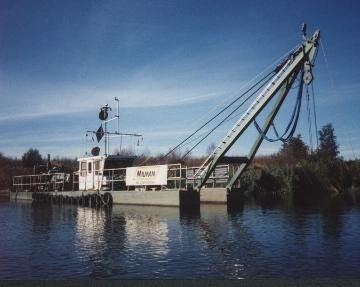 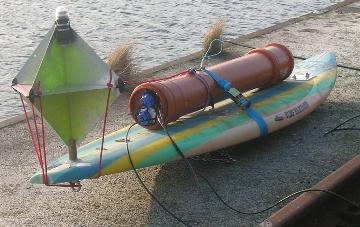 Subvision has carried out a number development projects through the years, some of them strictly on behalf of the customers, some of them leading up to products of our own. Below are some examples.

2004: Periscope Simulator
Development of a simulator for periscope training at the Royal Swedish Navy's submarine training facility.
An assignment for the Swedish Defense Material Administration.

2000 - 2001: Hydrophone array
Development of a 32 channel acoustic hydrophone array for the frequency range 20-1500Hz.
The array was used at multistatic detection tests in the Stockholm Archipelago during the winter 2001 and by the The Swedish Defense Research Agency.

1998 - 2004: Vestigo
Development of the software Vestigo, used to analyze passive and active sonar data. Ordered by the Royal Swedish Navy.

1993 - 2004: MFME
Development, production and maintenance of multi channel magnetometer systems for the Swedish Defense degaussing stations.
4 systems with over 250 sensors in use.

1994 - 1997: DAIM
Development of a 32 channel hydro acoustic active sonar and data acquisition system. The system was ordered by The Faculty of Engineering at Lund University, and was used in the Synthetic Aperture Sonar development project DAIM, a collaboration project between Lunds University, Chalmers University of Technology, The Swedish Defense Research Agency, Bofors Underwater Systems and Subvision AB.

1993 - 1994: Depth meter & compass
Development of a combined depth meter and fluxgate compass for use on under water vehicles.